Explore all of the analyses Prism has to offer

Prism 9.1.0 introduces the all new Analyze menu. Prism's analysis library has been organized into six primary categories allowing you to more easily find the analysis that you need. These analysis categories are:

Additionally, this menu includes a list of the seven most recently used analyses for quick access to tests that you perform regularly. Using this menu, you can also quickly access the full Analyze Data dialog (which also allows for specific data sets to be included/excluded from the analysis).

Finally, for Mac users this list is fully searchable! Simply open the Help menu and start typing the name of an analysis and all of the matching analyses will be displayed for you!

The primary objective of Principal Component Analysis (PCA) is dimensionality reduction, so it shouldn't be too surprising that the results of PCA include fewer selected principal components than the number of variables that went into the analysis. However, what may have been somewhat surprising was the graphs that Prism generated when only a single PC was selected during the analysis. When this happened, Prism wasn't able to generate any sensible results on the Loadings Plot, Score Plot, or Biplot graph sheets. 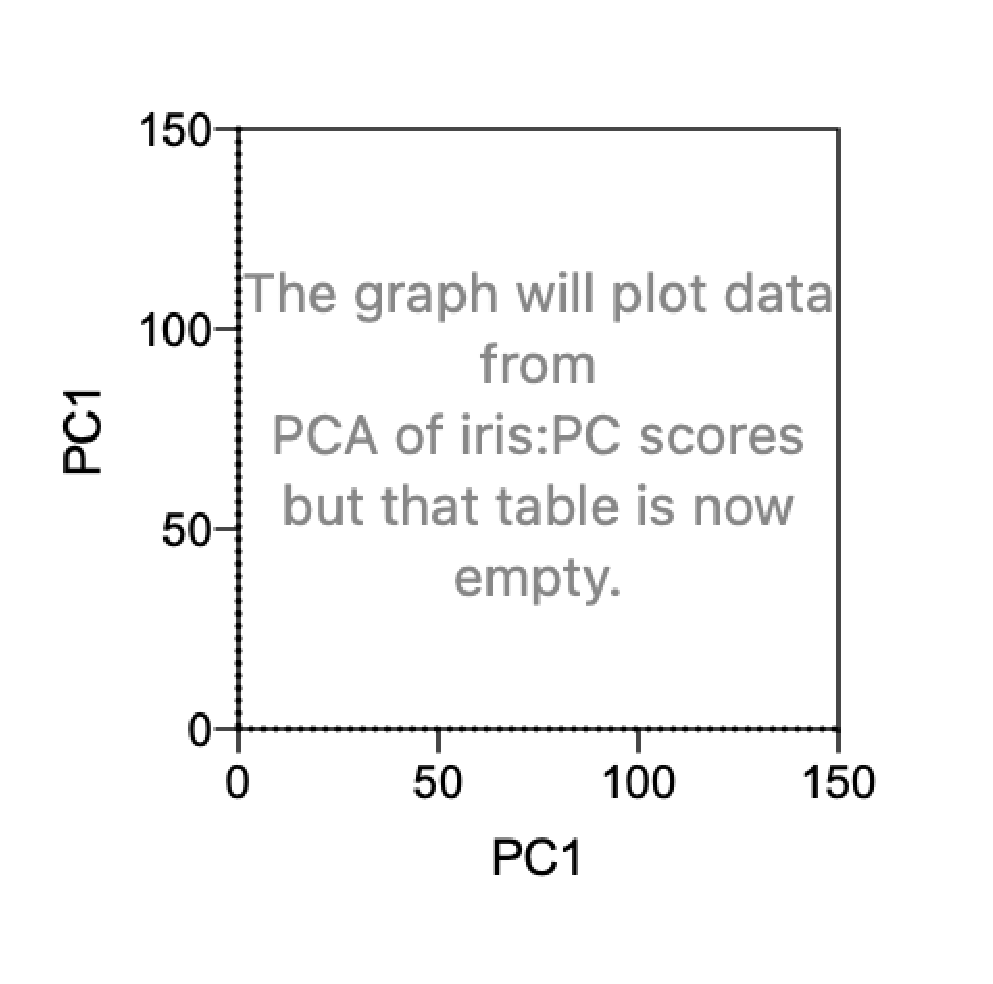 But don't worry: nothing went wrong with the analysis. In fact, if you used one of the automatic methods for PC selection (such as Parallel Analysis), results indicating that only a single PC was selected may be extremely informative! In Prism 9.1.0, we updated the graphical output in these scenarios to accurately reflect these results. 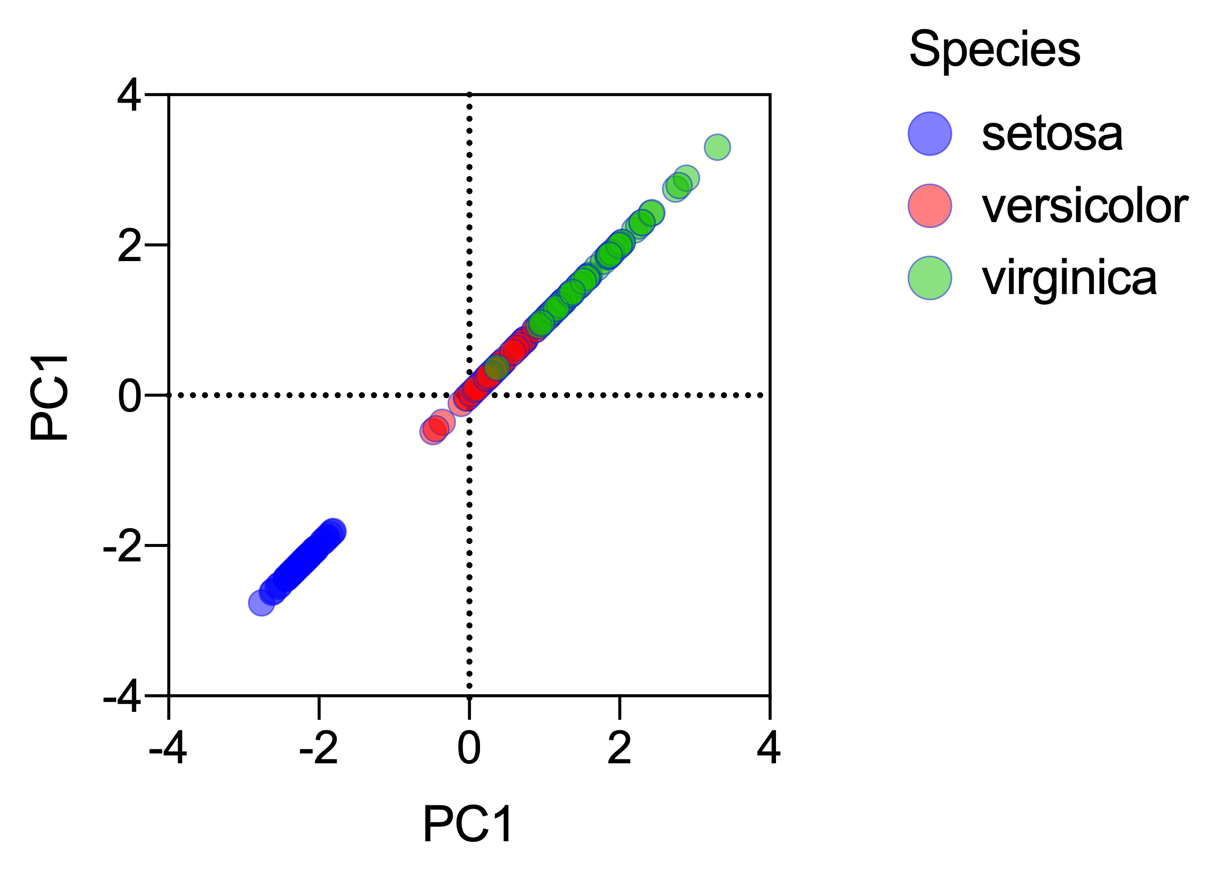 The same PC is used on both the X and Y axis, so the data will lie along a straight diagonal line. However, the same information is available (are there any visible grouping patterns on the scores plot, what relationships are there in the original variables displayed on the loadings plot, etc.).